I’m your friend. I want to help you out. I know you love BeReal, the hot new app where everyone is urged to post a photo per day at the same time (“⚠️Time to BeReal.⚠️”). The idea is that, unlike with Instagram, you’re forced to be real. Post that photo even if your hair looks bad, or you’re in the middle of doing something boring. It’s gimmicky, but it’s refreshing and fun. We love it!

But as your dear and close personal friend, I need to tell you something. If you choose to toggle on the location on your post, it doesn’t just share your general city or town from which you’re being real. It shares your actual location, down to the city block you’re on.

When you see a friend’s location in the feed, it looks like just a city and state below their name. But if you tap into that text, it pulls up a map feature. And then you can zoom in — really zoom in — on their location.

For example, on a recent BeReal, my friend’s location was displayed in the feed generically as Cambridge, Massachusetts.

But when I tap and zoom, I can see much more detail about exactly where on the university campus he was taking a bathroom selfie: 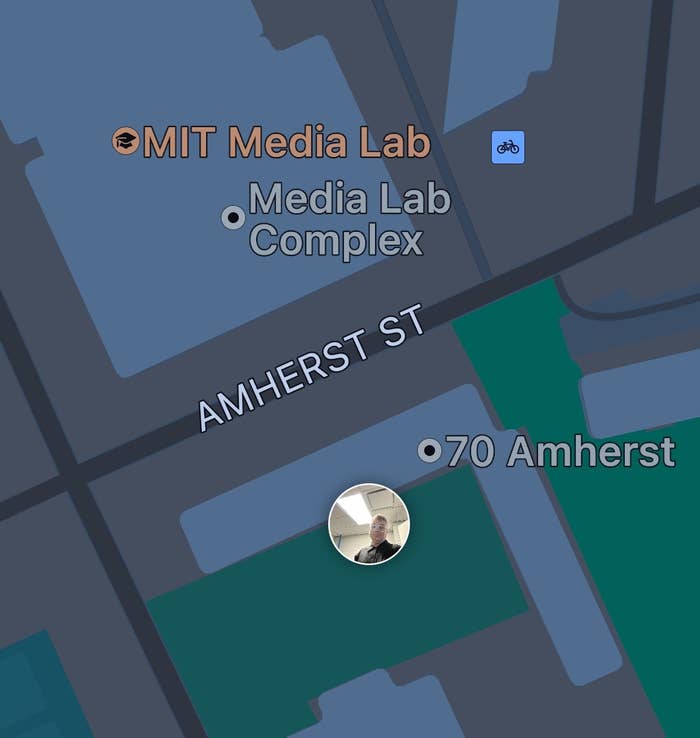 The location data isn’t perfectly precise. (In the image above, my friend was actually inside the building across the street from his image.) But if you know the person, that approximate location can tell you if they’re home, at work, or at a friend’s house.

It’s pretty likely you didn’t realize this! That’s why I, your dear friend who only wants the best for you, am letting you know. I don’t want you to be surprised when you realize it’s happening.

It’s also possible you already knew this, in which case, never mind! You might have read about it in other articles from this summer when the app started blowing up, or you might have just noticed it on your own when you clicked on your friends’ locations. You’re smart! But, I figure, just in case, I’d let you know. Since I’m such a good friend and all.

In theory, the people you add on BeReal are real-life friends, people you trust. (Though there’s also a “Discovery” tab featuring complete strangers from around the world.) But life is messy. A friend may become an ex-friend. People get into all sorts of social situations where things might be unpleasant if their actual location, not just their town’s name, was revealed. It could leave some people open to stalking or harassment. Maybe it means you’re revealing the location or home of someone else in the photo.

You have to opt in to location sharing. The problem is that BeReal doesn’t clearly tell you how the location sharing works when you toggle it on. It’s not a data or privacy violation; it’s more of a data ick. You’re surprised and kind of creeped out when you realize the thing works the way it does.

It feels more like the kind of data ick we get when you notice that there’s a place in your Facebook settings where you can view all the searches you’ve ever done (ick), or how in Google Maps you can see all the places you’ve ever been, down to the minute (ick).

These data icks occur when there’s a failure of the app or service to clearly explain to you how it works, or when it’s doing something against our typical expectations. BeReal has failed to show users in a clear and easy way just how their locations are being shared. (When BuzzFeed News reached out to BeReal about this situation, an unnamed company representative replied over email that they are always updating the app, and they shared a generic fact sheet.)

BeReal, for now, is a fun and joyful place that’s a nice break from other social media. Wholesome, goofy, slow, and not ad-supported. Just be aware of what you’re actually sharing there. I say that as your dearest friend — one who would never stalk you using BeReal.